The beginning of the fiery spectacle

In ancient times Chinese alchemists put all their efforts and talents in the search of a magical substance. Unlike European alchemists though, their Chinese colleagues did not take interest in the creation of the ‘philosopher’s stone’, but rather wanted to concoct the elixir of immortality. In their numerous attempts to come up with such an elixir, alchemists mixed together saltpetre, charcoal, and sulphur, and got black powder which burnt with a steady bright flame.

Thus during the rule of one of the emperors of the Song dynasty (in 11 AD) the Spring Festival was celebrated with a spectacle never seen before. Thousands of bamboo stems were filled with this black powder and thrown into the bonfires lit to mark the occasion. The bamboo stems split open with a loud crack and the fiery powder blew up in a thunderous explosion. This was a ceremony meant to chase off the evil forces that gathered at the end of the year, and to make way for the new fresh spring. This is how the fiery spectacles became part of the national religious ritual and it was only specially trained monks who were allowed to use the fiery powder – gunpowder. 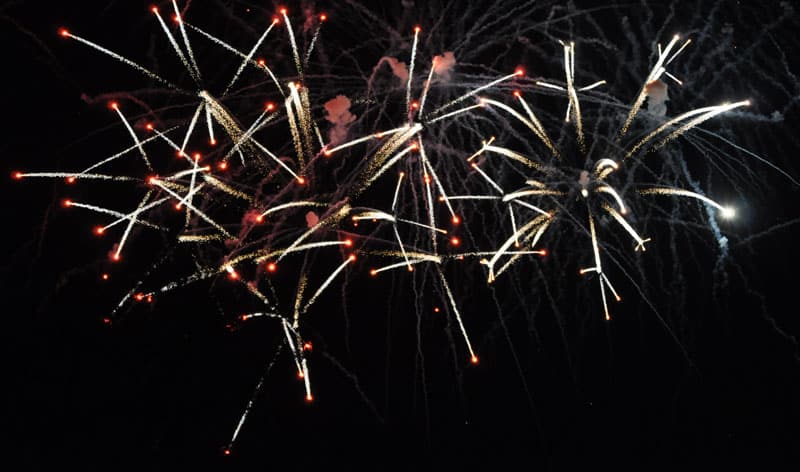 Li Tian – “the father of fireworks”

It was much earlier though that people learnt how to make the so-called ‘fiery flowers’. One of the most widespread legends associates this art with the name of Master Li Tian who became known as the father of fireworks. According to the legend, Li Tian lived in 9 AD, during the Tang dynasty which preceded the Song dynasty, and he was born in the Lilin region in the southern part of the present day Hunan province. When Li Tian was still very young, he lost his parents and was left an orphan. He roamed the lands in search of a place to make a living. He was very hard working and intelligent, so he learnt from the descendants of Cai Lun (the inventor of paper) the art of making paper from tree bark, flax fibre and worn traps. With time he learnt how to derive sulphur and other chemical substances. When he returned to his hometown, he started helping people in their daily work with his new skills. One of his neighbours once told him that an evil spirit from the nearby mountain played mischief at his home. On the very same evening Li Tian lit a fire in his neighbour’s yard and threw bamboo stems in the flames. The thunderous cracks of the splitting bamboo chased off the evil mountainous spirit and from that day on peace reigned in the man’s house. Later on, in the same way Master Li helped the Tang emperor Taizhong who was also fearful of evil mountainous spirits. 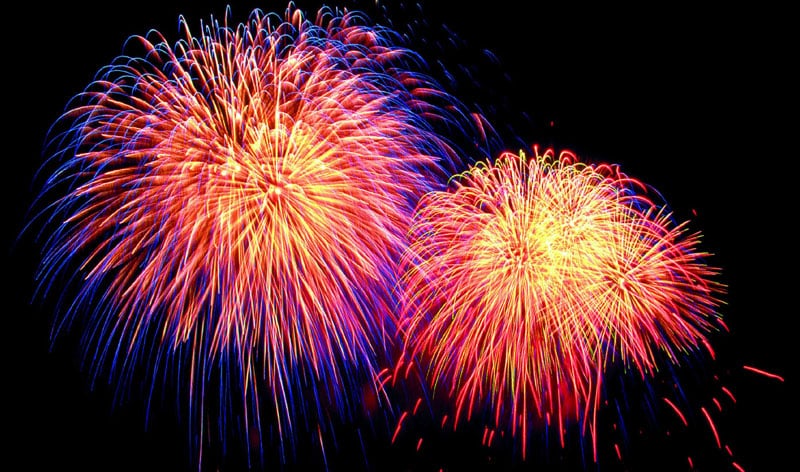 Years later the descendants of Master Li replaced the bamboo stems with paper bags, and the thunderous cracking sound they attained by igniting gunpowder. This was the beginning of the history of Chinese fireworks.

Distribution of  the fireworks in Europe

According to the most well-known version, some time later the European merchant traveller Marco Polo brought gunpowder to Italy, and with it, the secret of fireworks, which afterwards became known throughout the entire European continent. This is how in the 15th century fireworks reached all European countries.

In China the name of Li Tian and his home place Lilin are remembered to this day, and they are a reserved mark of quality of fireworks and all types of pyrotechnic materials. As early as the end of the 19th century, the products manufactured in the firework factories in Lilin were exported outside China. In 1999 at the ceremony for the transfer of sovereignty over Macau back within the boundaries of the People’s Republic of China, the fireworks that were used came from no other place but Lilin. Today, the small town has more than 300 companies manufacturing fireworks, which make 3,800 different items, more than 200 of which have received international certification for highest quality. The annual production in Lilin is estimated at 1 billion Yuan, and the products are exported to more than 60 countries all over the world.